Dinosaurs have intrigued people since the first fossil was discovered hundreds of years ago. Formally known as the Cleveland-Lloyd Dinosaur Quarry, the monument is located just 30 miles south of Price in Cleveland, Utah. The densest concentration of Allosaurus fossils in the world has been unearthed at the quarry and are on display. More than 12,000 individual bones and one dinosaur egg have been excavated from this fossil haven. Be sure to visit the educational exhibits at the visitor center too or to arrange to take a ranger-guided hike.

Cleveland-Lloyd Dinosaur Quarry contains the densest concentration of Jurassic-aged dinosaur bones ever found. Over 12,000 bones (belonging to at least 74 individual dinosaurs) have been excavated at the quarry. Cleveland-Lloyd Dinosaur Quarry has helped paleontologists learn a great deal about the Jurassic period, yet the site presents at least as many mysteries as it helps to solve. Curiously, more than 75% of the bones come from carnivores, primarily Allosaurus fragilis. With more than 46 individual specimens of Allosaurus, scientists have been able to deduce much about how Allosaurus aged and compare individuals to better understand intraspecies diversity. Yet the sheer density of bones proposes many questions. How did the carcasses of so many animals end up in one place, and why are most of them meat-eaters?   While many good hypotheses have been presented they all still have major flaws, so the mystery continues to be unsolved.

Inside the museum, visitors can view a replica skeleton of an adult allosaurus and the skulls of a camarasaurus, a diplodocus, and a stegosaur.  Guests are presented with data gathered at Cleveland-Lloyd through interactive exhibits and are invited to create their own hypotheses about the site.

The bone deposit is currently covered by two buildings protecting the bones from weather, thieves, and vandals.   One of the buildings housing the deposit is open to the public, and within it visitors can view partially exposed bones still in the ground. During the field season paleontologists and volunteers can be seen excavating bones or preparing them for study.

Rock Walk Trail:  This 1.4 mile loop is a self-guided interpreted trail focusing on the geology, natural history, and human history of the immediate area.

Rim Walk: The Rim Walk begins at Raptor Point and extends to the southwest for a mile before a small loop sends the hiker back to the start.

There are on-site picnic tables, and drinking water is available during the warmer months. 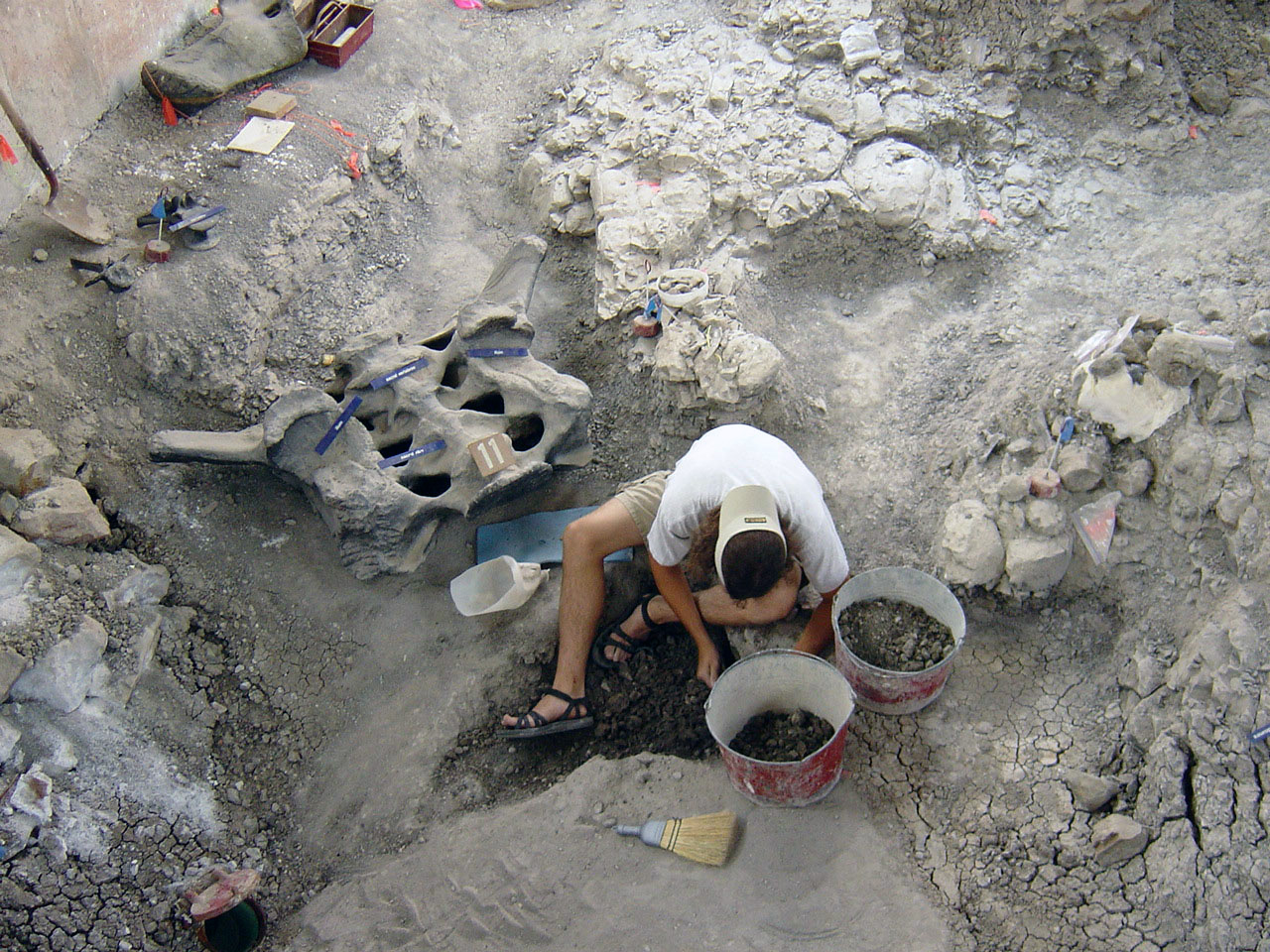 From Price, take Highway 10 south to the Cleveland/Elmo turnoff and follow the signs. The last 12 miles are on a graded, unpaved road.