With the arrival of the Denver and Rio Grande Western Railroad (D&RGW) in 1881–82, Helper began to develop as a population center. By 1887 the D&RGW had erected some twenty-seven frame residences, with more built later in the year. The railroad planned to make Helper a freight terminal after the rail lines were changed from narrow to standard gauge. The changeover process began in 1889 and was completed in 1891. In 1892, Helper was designated the division point between the eastern and western D&RGW terminals in Grand Junction, Colorado, and Ogden, Utah, respectively, and a new depot, hotel, and other buildings were constructed.

Helper's growth proceeded in a slow but deliberate fashion bearing little resemblance to booming metal-mining towns. The first amenities offered the few settlers and numerous railroad workers included three saloons, one grocery store, and one clothing establishment. A school was built in 1891. By 1895 the D&RGW buildings and shops at Helper were lighted by electricity, and two reservoirs for water had been constructed.

Ethnic diversity was destined to become a chief characteristic of Helper. Industrial expansion, coal mining, and railroading required a great amount of unskilled labor. In 1894 the railroad's passenger department established an immigration bureau to advertise Utah Territory. This move coincided with the influx of the numerous immigrants from southern and eastern Europe and from Asia. 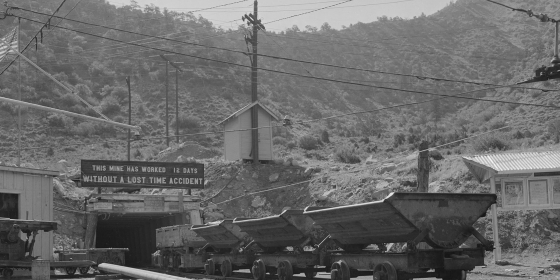 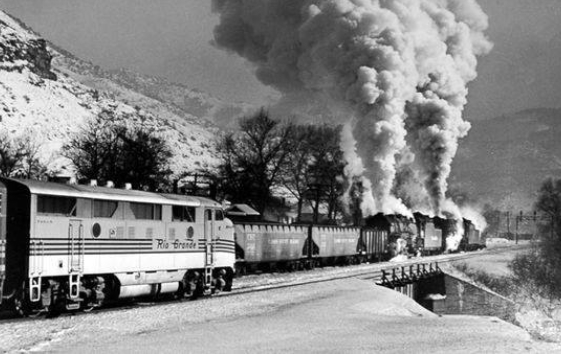 Upturns and downswings plagued the industry in the 1970s, with new lows reached in the 1980s and early 1990s. Helper continues to ride the tide of these fluctuations and, as any town influenced by the mining industry, seeks to survive during bad economic times.

Helper is situated at the mouth of Price Canyon, alongside the Price River, on the eastern side of the Wasatch Plateau in Central Utah. Trains traveling westward from the Price side to the Salt Lake City side of the plateau required additional "helper" engines in order to make the steep (2.4% grade) 15-mile (24 km) climb up Price Canyon to the town of Soldier Summit. Helper was named after these helper engines,[8] which the Denver and Rio Grande Western Railroad stationed in the city.